The openIMIS team wishes you a joyful holiday and all the best in the year to come.

But what would be this holiday without a gift? From our side, we would like to announce the release of a new version of openIMIS, which includes a NEW interface of the claims module. Read more about it below  and tell us what you think. Also, we would like to update you on some of the activities of openIMIS during November. 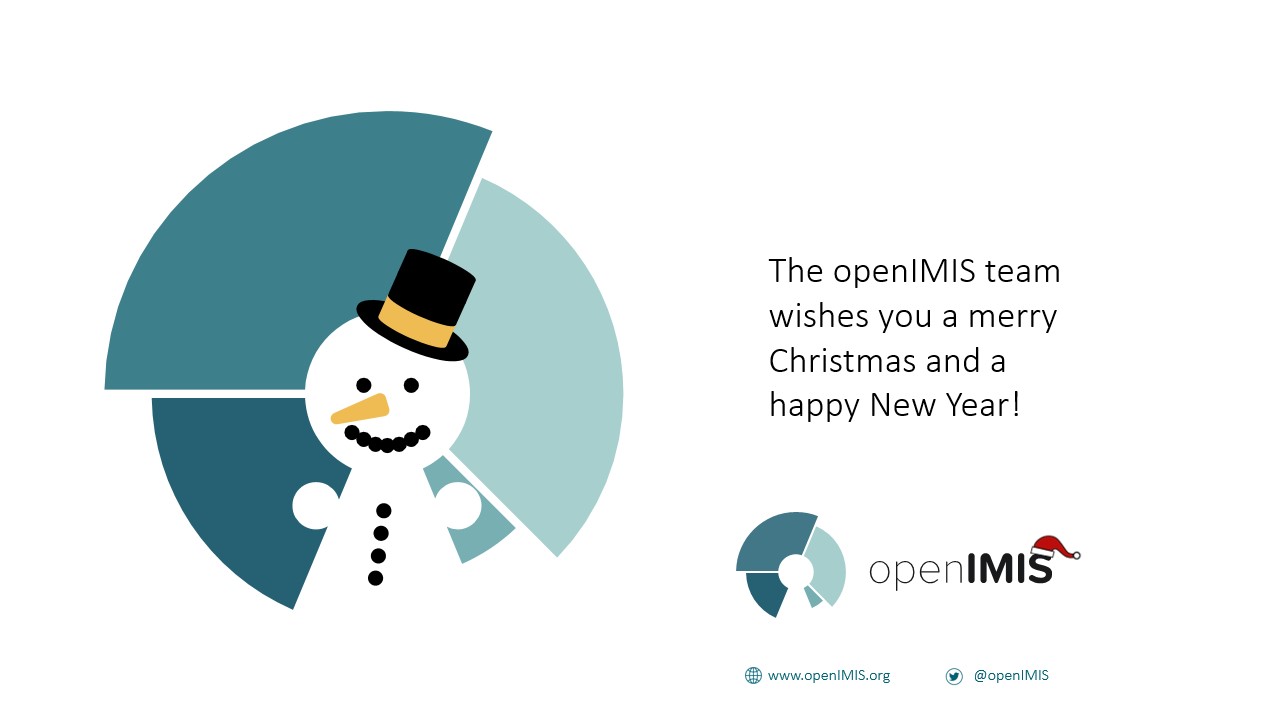 Just in time for Christmas, the openIMIS Developer’s Committee announces the release of the October version of openIMIS. The new release is the result of the programming work that was invested into modularising the architecture of openIMIS and opening up the system for interoperability with other digital health systems. This is a major breakthrough for the product and we are all happy to have seen the results operate successfully during a number of hack-a-thons and conferences in the last two months.

The package includes the following:

Check out the usual links for further information and downloads. Kindly be aware of the service desk as well to report issues that you might experience with the new version:

In the beginning of November, the different developer’s teams supporting openIMIS met at the OpenHIE Community Meeting in Addis Abeba, Ethiopia.  At the week-long event, open source developers currently working in the area of digital health in developing countries, were present.  They worked, amongst other things, on defining standards for the development of digital infrastructure in digital health.

At the Community Meeting, openIMIS was established as a new OpenHIE component. Moreover, representatives from Djibouti, Uganda und Ethiopia approached the openIMIS Team and expressed their interest in the openIMIS software. Similarly, the University of Mekelle in Ethiopia indicated they would like to advise the regional government of Tigray on utilizing openIMIS as a potential instrument for management of their health insurance scheme. 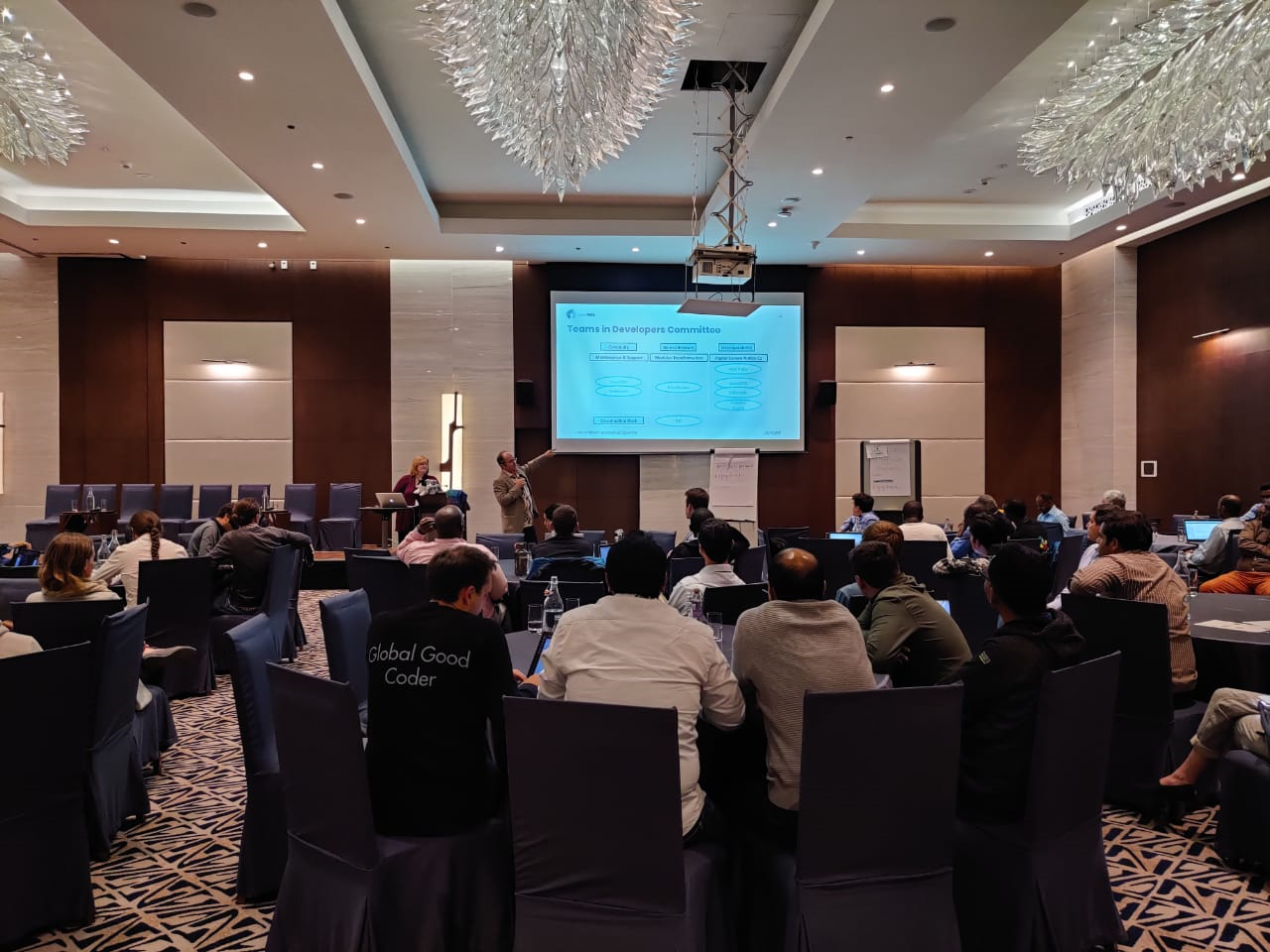 The openIMIS Developers Workshop was linked to the OpenHIE Meeting. The workshop gave openIMIS developers the possibility to discuss acute openIMIS issues in the developer's community and test run openIMIS interoperability with other Global Goods. Furthermore, the openIMIS team presented the October release to the OpenHIE Community. More information about the workshop can be found here. 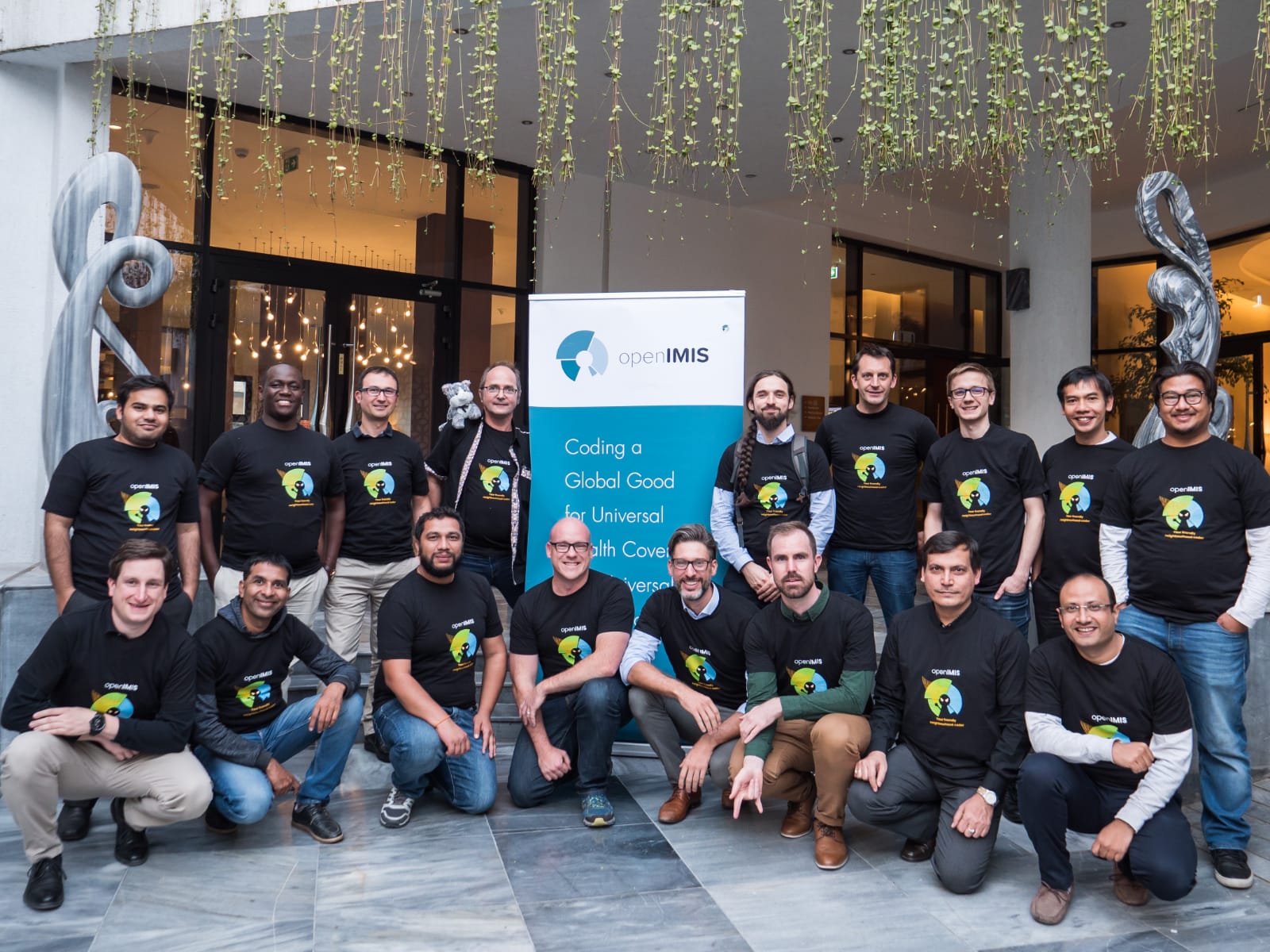 The results from the Notice D1 have been published. For the next phase, two applications will be funded. The developments will be focused on the following topics:

To know more about the current funded development projects, visit the wiki.

The Implementers Committee (IC) has been conducting calls on a weekly basis during 2019. Members, who participate on a regular basis, are Swiss TPH, EPOS, Jembi, AeHIN and GIZ.  During these calls, the Implementers Committee discusses potential implementations of openIMIS in interested countries. They have also worked on the ranking of features requested from users of the openIMIS software. This prioritization process of features requests was necessary as preparation for the openIMIS Steering Group Meeting.  To know more about the IC calls, feel free to read our minutes in our Meeting overview.

The third openIMIS Steering Group Meeting took place on the 25th of November in Geneva, parallel to the Global Social Protection Week.  For the first time, the two funding entities, Swiss Agency for Development Cooperation (SDC) and German Ministry for Economic Cooperation and Development (BMZ) were joined by two user organizations being National Health Insurance Fund (NHIF) from Tanzania and Health Insurance Board (HIB) from Nepal.

In the first part of the meeting, experts in the area of Social Health Protection and Health Financing from ILO, WHO, AFD, UNICEF and Global Fund joined as observers. GIZ as Coordination Desk of the openIMIS Initiative gave a short introduction on openIMIS and provided the participants with a review of the outcomes in the period 2017-2019.  In the second part, the representatives from Nepal and Tanzania updated the Steering Group on the current state of the openIMIS implementations in their respective countries as well as the next steps and priorities for the next years. Moreover, feature requests, changes to the mission, vision and terms of references figured among the list of discussed points.

In September and November, AEHIN conducted two openIMIS Training of Trainees (ToT) Workshops at the University of Philippines Manila and at St. Luke’s College of Medicine. Among the participants were graduate students of Health Informatics and of the faculty of the College of Medicine. The attendees received an overview on Digital Health, the importance of Health Information Systems in health insurance management and the openIMIS software.  With these workshops, AeHIN continues to contribute to the formation of an openIMIS Community of Practice (CoP) in Asia. To learn more about these workshops, you can visit the Aehin website.

Furthermore, openIMIS was showcased at the the 13th OpenMRS Implementers Conference which was held under the theme “Harmonizing and strengthening the OpenMRS ecosystem” in Maputo, Mozambique from 2-6 December. Daniel Futerman and Rhonwyn Cornell from Jembi Health Systems, openIMIS’s regional hub in Africa, represented openIMIS at this conference. More information on the conference can be found here.